A Salute to Steve Jobs – the Best Marketer in the World! 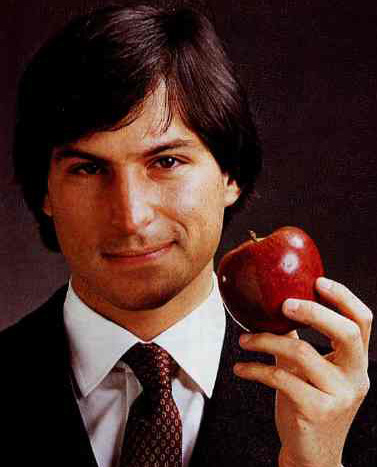 We the beneficiaries of over three decades of technological innovation from that incredible marketing machine, known as Steve Jobs, are quite saddened by his decision to step down as the CEO of Apple.  It seems like he was forced to live up to the lines from a 1973 Badfinger song “Apple Of My Eye”:

You’re the apple of my heart
But now, the time has come to part

It was only a few blogs ago The Marketing Id wrote about “the revolution in mobile broadband communications brought about by the iPhone, iPad and video streaming…”  Well, to the millions and millions of happy Apple aficionados worldwide, Steve Jobs has been consistently at the forefront of what is turning out to be a rather ubiquitous cloud-based, communications and collaboration phenomenon.

So it might be worthwhile trying to figure out just why Steve Jobs has been so successful in this new converged paradigm of computers, communications and collaboration that makes available any type of content to anyone, anywhere, anytime on any device.  The uncharitable might say his success was, in large part, due to another C – control, which he undoubtedly cherished.  But control is ineffective, if you cannot command respect, which he definitely earned from customers, competitors, employees, partners, vendors, stockholders, investors and what have you.

Aside from this dominant personality trait, recent developments in the afore-mentioned converged space have convinced The Marketing Id that Steve Jobs has always been ahead of the “marketing and innovation” curve–Peter Drucker’s famous “two-and only two-basic functions of the business enterprise.”  Only in the past couple of weeks we learned about Google’s $12.5 billion offer to buy Motorola Mobility and HP’s $10.3 billion offer to buy Autonomy.  When one looks beyond the hefty price tags, it is simply one of the world’s leading software companies buying a hardware company and one of the world’s leading hardware companies buying a software company.  As a consequence of these actions, The Marketing Id had tweeted the following on August 15th:

But, guess what?  Steve Jobs’ Apple had Harry and Sally as fraternal twins from the day the company started in his garage in 1976!  Yes, Steve Jobs wanted to control, both the hardware and software aspects of his product from day one.  Ask any Apple user about why they love their Macs, iPods, iPhones and iPads – it’s that one stop shop of integrated quality and satisfaction that just can’t be beat!  Steve Jobs was championing convergence long before it became cool!

After Steve Jobs announced that he had resigned as CEO, The Marketing Id tweeted:

“Steve Jobs, the world’s best marketer, took his last bite as CEO of that iconic ‘American pie’–it sure feels like the day the music died!”

The Marketing Id would encourage readers, who can spare 15 minutes, to check out Steve’s inspiring commencement speech at Stanford University in 2005 – http://www.youtube.com/watch?v=UF8uR6Z6KLc – it tells you a lot about what made Steve tick?

Finally, the magnificent overall imprint that Steve Jobs leaves behind reminded The Marketing Id of more apt lyrics from Stevie Wonder’s immortal song “You Are The Sunshine Of My Life” also from 1973.  An older, wiser and more compassionate Steve Jobs might just be signing its words as he exits the “One Infinite Loop” of his beloved Apple campus:

As will you, in ours, Steve – for you have given all of us a wonderful ride just by thinking different.  More importantly, you brought product and marketing together like nobody else has and for that you will be sorely missed!